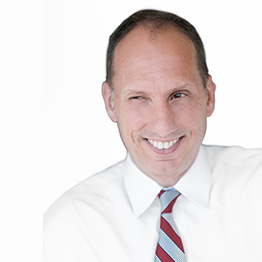 Charles Z. Schalk is a trial attorney and managing partner with Savo, Schalk, Gillespie, O’Grodnick & Fisher where he heads up an active litigation practice. The New Jersey Supreme Court has designated Mr. Schalk as a Certified Civil Trial Attorney, a distinction achieved by only approximately 2% of all practicing attorneys in the State of New Jersey.

Mr. Schalk has obtained multi-million dollar verdicts and settlements on behalf of his clients. After a three-week trial, Mr. Schalk obtained a widely-publicized $2.025 million verdict on behalf of a dental student against UMDNJ in which it was alleged that the student was expelled in violation of his 14th Amendment rights and denied procedural and substantive due process. Nationally, this became the largest student expulsion verdict ever eclipsing the Zwick v. University of Michigan verdict of $1.72 million in 2005. This judgment was fully collected two months after the verdict.

Mr. Schalk obtained a more than three million dollar verdict against a large corporation for an employee alleging violation of the Conscientious Employee Protection Act and settled a minority shareholder and employment matter for close to three million dollars.  Mr. Schalk received a $2.5 million personal injury arbitration award for a client in a complex and usual matter in Mercer County. His verdicts have been published by the New Jersey Law Journal as the top employment and civil verdicts in the State of New Jersey several years running.

In June 2019, after four years of litigation and a trial that spanned eleven trial days from February to May, Essex County Chancery Division Judge Jodi Lee Alper issued a fully favorable verdict in favor of Mr. Schalk’s clients, the Board of Trustees of the First Presbyterian Church in Newark. In this highly contentious and unique litigation involving several centuries of church history, a Royal Charter from King George II in 1753, and a $20 million property adjacent to the Prudential Center in Newark, our clients and the congregation they serve were able to fend off outside Presbyterian entities interested in gaining control of this valuable property located in the heart of the business district in Newark.  The matter received the attention of the New Jersey Law Journal: https://www.law.com/njlawjournal/2019/07/12/judge-rejects-challenge-to-autonomy-of-17th-century-church/.  On December 9, 2020, the New Jersey Appellate Division fully affirmed this decision in a comprehensive 26 page opinion.

Mr. Schalk has served multiple times as a Judge at the Yale University Invitational Mock Trial competition featuring more than 40 schools including Harvard, Princeton and Yale.

Mr. Schalk has lectured on his practice areas in a number of different forums including several appearances on network television on panel shows and broadcast news to discuss current legal issues. In addition, his work and writings have been published in several different journals and publications.

” . . . Mr. Schalk obviously obtained a very successful verdict in a very very difficult case. This Court had an opportunity to observe Mr. Schalk throughout the trial. He certainly performed at an extremely high level . . . And to obtain the verdict that he did is a rare case . . . I feel very strongly that Mr. Schalk’s work in this case was at a very high level, a superior level and that if the 100 percent enhancement of the lodestar is in the rare case this would be the rare case in which Mr. Schalk would be entitled to that.”

Mr. Schalk has successfully reinstated medical and graduate students back into programs in multiple states across the country and even had more than $400,000 in student loans paid off by a graduate school. In April of 2015, Mr. Schalk successfully reversed the 3rd Offender DUI conviction for a client who otherwise would have been incarcerated for 180 days and suffered a license suspension for 10 years.

Mr. Schalk was twice appointed by the New Jersey Supreme Court, to serve on the Vicinage XIII Ethics Committee and then the Vicinage XIII Fee Arbitration Committee. Mr. Schalk has been appointed to the State roster of qualified and court-approved mediators by the State of New Jersey Office of Dispute Settlement. Mr. Schalk has served as General Counsel for Raritan Valley Community College and Alternate Prosecutor for Raritan Township.  Mr. Schalk is the former Chair of the Civil Practice Committee for the Somerset County Bar Association and former Prosecutor for Raritan Borough.

*this is an excerpt of a judicial opinion from a specific legal dispute. It is not an endorsement by the judge of legal skill or ability.

WE ARE HERE TO SERVE YOU DURING UNCERTAIN TIMES

In these difficult times, our attorneys and staff remain available to serve all your legal needs. As the pandemic spreads, the citizens of New Jersey will need help – not just with medical issues but also with legal issues including employment issues, business operations, bankruptcy development and estate planning. This is just the tip of the iceberg and our firm stands ready to serve all your individual and business needs.

In times of crisis, lawyers help. With our strong group of dedicated professionals, we can make the biggest difference for people in dire situations. Call us today 908.526.0707 to see how we can help.